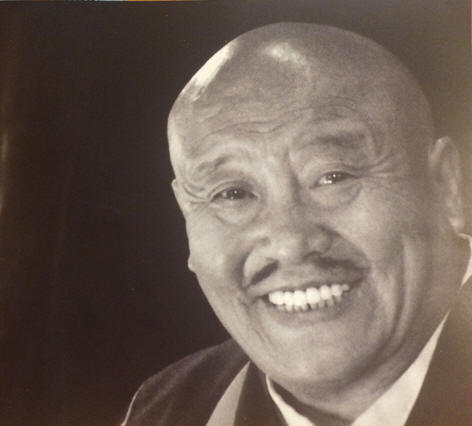 Path of a Hidden Yogi

Highlights from Path of a Hidden Yogi:

2. The Song that Clarifies Recollection

When he was sixteen, his father died. After his father's death, Rinpoche realized that he should be diligent with his Dharma practice. As Lord Jigten Sumgön wrote in one of his vajra songs:

When you see the growth and decline of the four elements of the body, the illusion of strength and ability is also a lie.

The autumn flower of youth--think, can you put your trust in it? 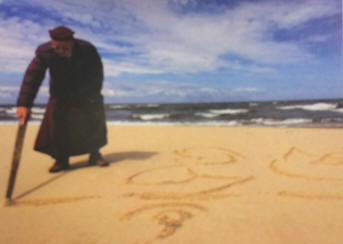 In early September 2018, Rinpoche instructed Khenpo Tenzin to read the unparalleled Gampopa's collected teachings every day. He started to recite the text from that day onwards. As he read Gampopa's teachings, Rinpoche would sit in meditative equipoise and constantly praise the great Kagyu lineage masters.

On the morning of September 24th, Rinpoche told his attendant, "It is strange that I dreamt of my late mother, who passed away when I was twelve years old. She asked me if I needed any help, and I told her that I did not need help." Again, on one morning in October, Rinpoche told him of another dream in which Rinpoche had dreamt of ladies with red faces. Khenpo Tenzin felt that perhaps the dakinis had come to invite him.

Many Dharma students came to see Rinpoche around this time. H would only give advice on meditation to those who visited him but would not engage in any other talk. The following story was written by a student of Rinpoche's:

"My Drikung Dharma friends and I went to visit Drikung Lamchen Gyalpo Rinpoche. Rinpoche was sitting on his bed in his room facing towards the east. I made prostrations to Rinpoche and he gently touched my forehead with his. Rinpoche then called out the name of his root guru, Khunu Lama Tenzin Gyaltsen, with tears trickling down from his eyes. Rinpoche consoled us by saying, 'Due to the great kindness of my root guru and his pith instructions, there is nothing to worry about here. It will be okay.' Some students requested Rinpoche, 'Rinpoche, please live a long life for the benefit of Buddhadharma and sentient beings.' He responded to our request saying, 'I will.' Further, we implored Rinpoche, 'Please do not forget your disciples as you reside in the center of our hearts. We acknowledge that you have worked especially hard for the cause of the Drikung Kagyu lineage and we plead you to live a long life.' Rinpoche again replied, 'Okay, I will.' Then gazing towards the east again, in meditative equipoise, Rinpoche uttered these vajra sounds:

There is nothing to worry about as I am a disciple of the Drikungpa,

and we the followers have to act accordingly.

Sins and obstacles are now purified. I am happy.

Whether I sleep or not, it does not matter;

the nature of mind is free from elaboration.

Free from elaboration, it is beyond existence and non-existence.

I, the yogi of emptiness, am free from hope and fear.

Rinpoche went on to explain, 'You should not be distressed over me but continue to meditate. Even though I am ill, because of my meditation practice, others are inspired. It is benefiting them as well.' Rinpoche asked, 'Could you tell Tsogpen Tulku to come and meet me? Since he is a Drikung tulku, I wish to give him a little guidance on how to recognize one's own mind. However, it depends on one's own karma whether or not one will ever become aware of his or her mind. Everyone, practice meditation now.... Do you know what is the meaning of meditation? It is beyond being or non-being, it is the natural state of mind that is free from elaboration. This is the Lord Jigten Gonpo's teaching. I am a disciple of the Drikungpa and I rejoice in my illness as illness dispels great sins. The guru's instructions should be used as antidotes. Without utilizing them as antidotes at the right moment for the right obstacles, instructions would serve no purpose as they will be empty of meaning. All of you, coming here today shows that you are committed followers of Gyalwa Drikungpa. I am very happy to see you all today.' Rinpoche again made aspiration prayers."

In the following weeks, Rinpoche gradually reduced his food intake, while making frequent supplications to the Kagyu forefathers. Most of the time he remained in the state of meditation, and he would sing dohas, songs of realization, spontaneously. One morning, while experiencing pain and discomfort during breakfast, Rinpoche gazed into space and sang:

Let the mind rest in the blissful state of non-contriving.

Such is extremely rare and wonderful!

When the four elements of physical aggregates decay,

The illusory manifestations arise as the released energy flares through.

When the mind winds through wavering thoughts,

with the blessing of the Guru, gallop on the stallion of devotion

and let the mind freely dive through the plain of the natural state.

Such is extremely rare and wonderful!

Rinpoche had received teachings from many great masters from both the old and new Tibetan lineages. Among his teachers, he regarded the Maha-bodhisattva, Khunu Tenzin Gyaltsen, as one of his root gurus. It was not uncommon to see Rinpoche with tears of devotion when he recalled his root guru. Whenever this happened, he would immediately enter into meditative equipoise. Upon coming out of meditation, Rinpoche once sang this song of realization:

Supreme Guru with the name of Khunu!

Each instantaneous recollection of him would naturally calm one’s breathing

and liberate the mind in the ultimate sphere.

Rinpoche did not engage in accumulating mundane wealth in his life. Two weeks before his passing, he designated all his precious Buddha statues to his devotees and disciples. He also gave his disciples additional instructions, of which the following two are the most important:

"Do not build stupas for me with precious material such as gold or silver. Only relics of well-qualified teachers warrant the construction of a stupa as doing so will benefit beings widely. If stupas were built for those without sufficient qualifications and merits, it would not be beneficial as this would cause obstacles for the Guru. In commemoration of me, my disciples may build statues of me only with earthly stone and soil."

"I will not have a reincarnation. All disciples who have received pith instructions and teaching explanations from me are my Dharma reincarnation. The great Drikungpa, Jigten Sumgön once said, 'I neither have a specific pureland, nor a particular reincarnation. My reincarnation is the unsurpassed bodhicitta.' Following these instructions, my disciples should practice diligently and interact with one another with respect and harmony."

After giving these two final instructions, Rinpoche did not utter any other words and simply rested in meditative equipoise continuously.

On the 26th day of the eighth Tibetan month (October 15th), Rinpoche's external breath gradually slowed. He then entered into the realm of intrinsic clarity. With a final sound of "Ah", Rinpoche dissolved into the Dharmadhatu. The appearance of Rinpoche's dissolution resembled the closing verse of an explanation on guru yoga he composed three years earlier:

I now understand the benefit of what I have done.

Now is the moment for this old man of Drongpa to be vigilant.

As it is not the time to contemplate on thoughts that cannot be achieved,

may I, a feeble man, like a dog perish in a distant land.

When the present life ends,

may I avoid the agony of suffering.

may I be born in the presence of the guru, the all-pervading master.

Our beloved Drikung Lamchen Gyaltpo Rinpoche has passed into Parinirvana

Dear all who are in the mandala of Venerable Lamchen Gyalpo Rinpoche,

We have recently received the sad but yet very inspiring and courageous news that our beloved master Venerable Drikung Lamchen Gyalpo Rinpoche has dissolved into dharmakaya.

We have translated the memo issued by Gampopa Center from Chinese to English here. The original Tibetan text can be found here.

David Amdt shares his reflections and the picture of Venerable Lamchen Gyalpo Rinpoche in meditative samadhi abiding in natural state after he has physically died in his facebook here.

We have such great fortune to have met this extraordinary master and may we always practice the Dharma diligently and live together in harmony in order to fulfill the wish of our beloved master. May all be auspicious. 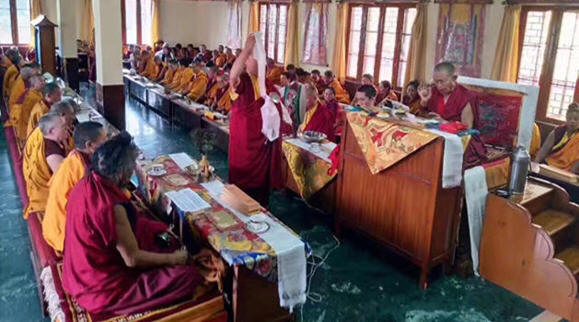 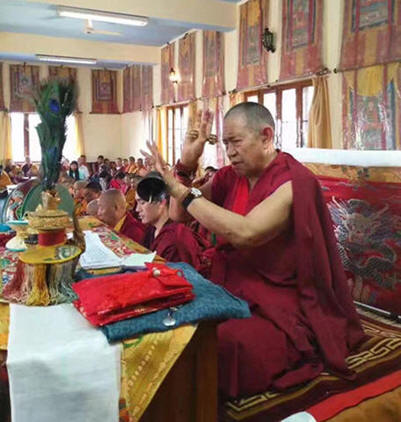 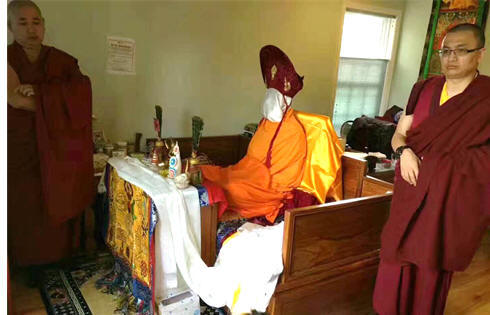 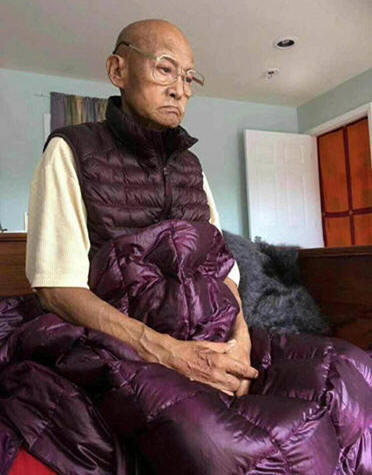 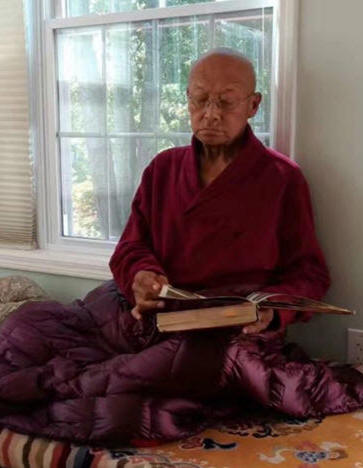 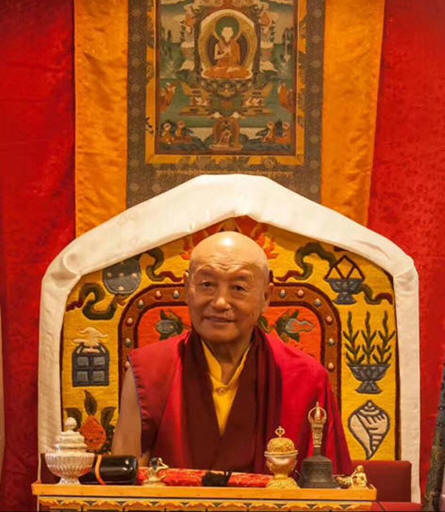 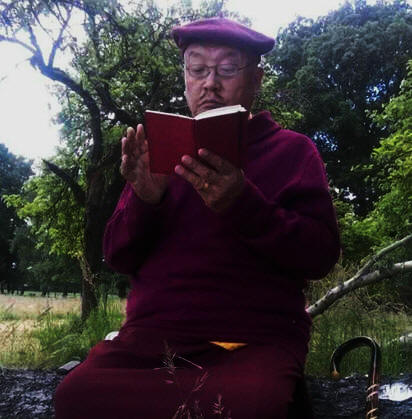 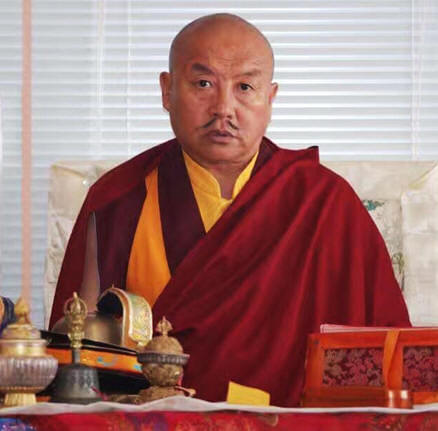 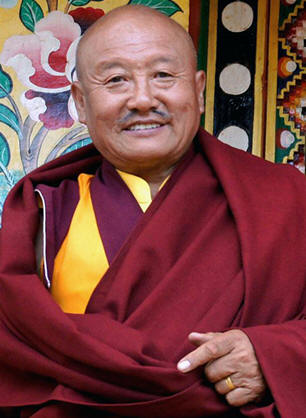 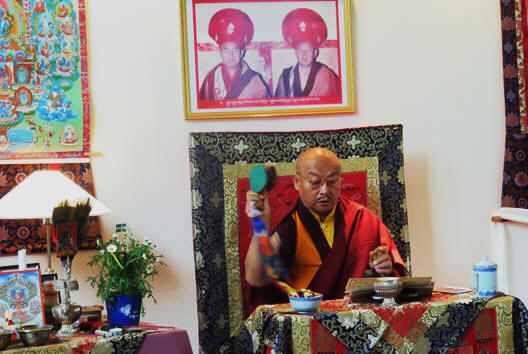 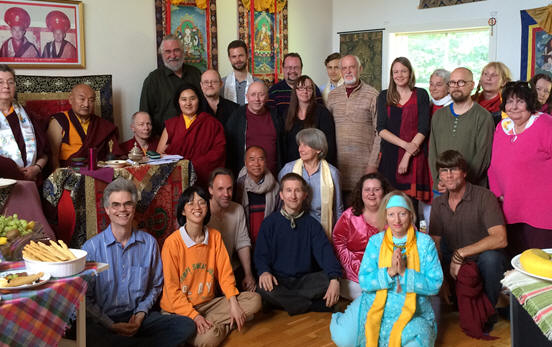 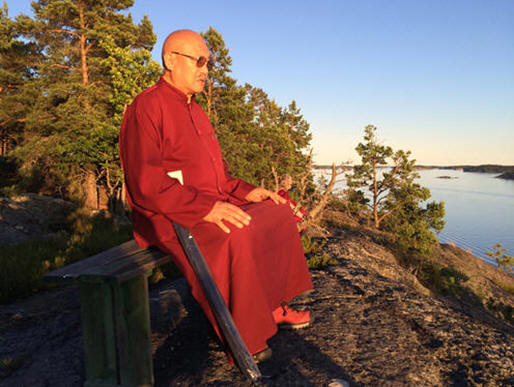 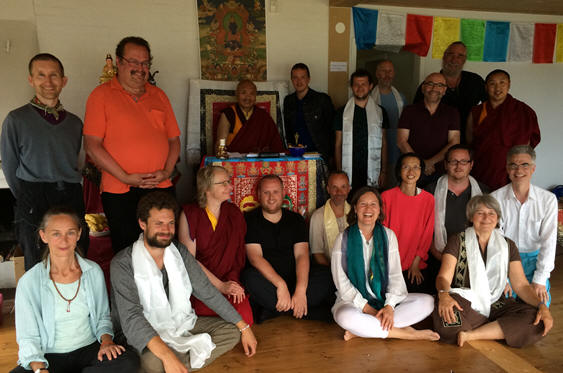